Fracture analysis and remaining life prediction has been carried out for a new aluminium alloy (Al 2014A) plate panels with concentric stiffener by varying its size and position under fatigue loading. Tension coupon tests and compact tension tests on 2014A have been carried out to evaluate mechanical properties and crack growth constants. Domain integral technique has been used to compute the Stress intensity factor (SIF) for various cases. Generalized empirical expressions for SIF have been derived for various positions of stiffener and size. From the study, it can be concluded that the remaining life for stiffened panel for particular size and position can be estimated by knowing the remaining life of corresponding unstiffened panel. 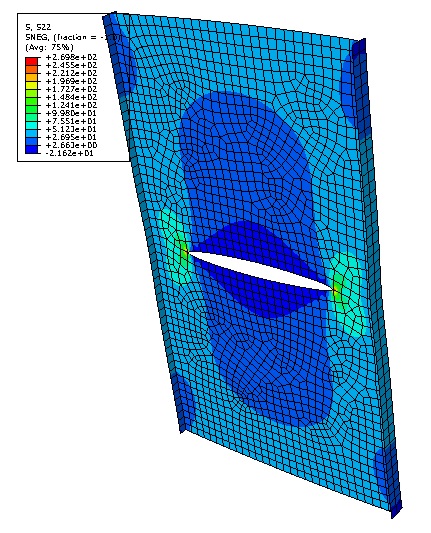 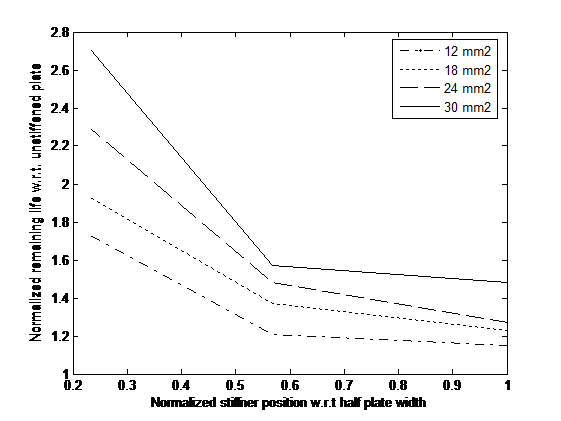 Experimental and analytical investigations were carried out on ultra high strength concrete (UHSC) beams to evaluate the fracture behaviour under static and fatigue loading. Fracture parameters such as critical stress intensity factor (KIc) and critical crack tip opening displacement (CTODc), specific fracture energy were evaluated by conducting appropriate tests as per RILEM standards. Bazant’s and Karihaloo’s size effect models were employed for prediction of failure loads from the plot of nominal stress ((σN)u) vs depth of the beam (d). Fracture process zone size was estimated. The tension softening behaviour of concrete was determined by using the crack hinge model and inverse analysis. Advanced analytical methodologies such as double- G and double – K models were developed for UHSC to determine the stress intensity factors considering the cohesive forces. As a whole, it can be consolidated that UHSC is one of the potential candidates for seismic, repair and retrofitting applications as it possess large ductility and energy absorption capacity. 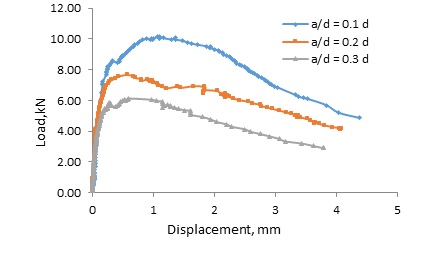 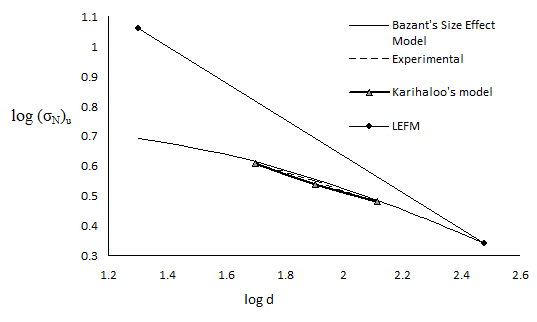 Size effect of UHSC to predict the failure load

Fatigue and Fracture Studies on Selected Steel Materials and Components